The 2017 Chevrolet Trax is a subcompact SUV that seems to offer everything. It’s affordable, easy to drive, can fit in lots of spaces with its relatively small size, offers lots of visibility and is full of the latest, up-to-date technologies and systems. For 2017, it gets a host of upgrades which make it even better. The exterior has been completely redesigned, so the Trax now boasts new front and rear-end fascias, projector headlights at the front for more visibility and even LED taillights. All Trax SUVs get USB ports and smartphone integration. The Premier trim replaces the older LTZ as the flagship level trim and new safety features make their debut. To find out if it lives up to the expectations, we took one for a drive.
Let’s start with some background first. The Trax was introduced to American customers back in 2012, as an alternative to the bigger and more expensive Equinox. It offered everything the Equinox did, in a more compact package. As time went on, rivals started getting updates and facelifts, so in an effort to keep the Trax at the top of the segment, Chevrolet decided to go down the same route and completely update it.
The exterior is completely different from last year’s model, and you can immediately tell. There’s a new grille at the front with different headlights, as we mentioned, fitted with projectors now, emitting more light. The design follows Chevrolet’s current vision, and is rather similar to that of the Spark or Sonic. It’s definitely not the biggest facelift, but it’s a rather substantial one. It may be a small SUV, but you’d be surprised at how many heads it managed to turn on the street. It’s subtle and understated, but cool in a really weird, funky way. It’s a deviation from its rivals’ design, something which should not be overlooked. The design is a personal preference, but most people seem to really enjoy the look of the new Trax.
The 2017 Chevrolet Trax is offered in three trims: LS, LT and Premier. Each of them comes as a front-wheel drive SUV in standard trim, but you can go for an all-wheel drive system if you’re willing to pay the premium price. The standard LS gets you 16-inch steel wheels, automatic headlights, power accessories, A/C, a driver information display, power lumbar adjustment and a rear cargo cover. On the electronic side there’s smartphone integration (Apple CarPlay and Android Auto), a rearview camera, Bluetooth and audio connectivity, OnStar and a great sound system with six speakers. The all-wheel drive versions get alloy wheels as standard.
The middle of the pack LT offers alloy wheels, roof rails, LED running lights as well as taillights, silver-colored exterior elements, upgraded headlights, cruise control, heated mirrors, better cloth upholstery and a 110-volt household-style power outlet. The flagship Premier trim gets everything the LT does, plus 18-inch alloys, an auto-dimming rearview mirror, full leaetherette and great heated front seats. A Driver Confidence II package is available. It adds forward collision and lane departure warning systems.
The interior received several changes too. Despite the small size, it’s actually got plenty of space on the inside. The front seats are narrow, but that doesn’t make it cramp. There’s plenty of headroom and legroom in the front row, even for tall people. The rear seats can seat two full-sized adults, or three kids. It’s possible to fit three adults, but only for short relations. If you want a bigger vehicle, you’ll need the Equinox.
There’s 18.7 cubic feet of cargo space at the back, which is plenty, and a lot more than most other sedans. It’s the only place where the Trax performs average, as it’s on-par with most of its other rivals. Everywhere else, it simply shines and outperforms all of them. The rear seats can fold down to give you 48.4 cubic feet of available cargo space, and lifting the seat bottoms first gives you a flat load floor. A useful thing when you want to maximize the cargo space.
Inside, you’ll find great materials and excellent build quality. Nothing squeaks or rattles, and the fit and finish is superb. The MyLink interface is presented on a 7-inch touchscreen which works great. It’s fast, intuitive and easy to understand. You can link your smartphone with it and directly access your music, podcast, navigation and even certain apps.
The hood hides a 1.4 liter turbocharged four-cylinder engine, and it’s the only engine available. It’s mated to a six-speed auto transmission, and it develops 138 hp and 148 lb-ft of torque. An all-wheel drive Trax is capable of reaching 60 mph in 10 seconds flat. The much lighter, front-wheel drive version can do the same sprint in 8.9 seconds. Not a blistering time by any means, but above average for the type of car and segment. It returns 28 mpg on the combined run which is average for the segment.
With its small size and lightweight chassis the Trax feels agile and nimble. It’s light on its feet and it works with you rather than against you. It’s like a large, tall go-kart. The steering is light and easy to turn at lower speeds, making it perfect for town driving and tight maneuvering. The suspension is compliant and it absorbs most of the bumps, letting through only the harshest of potholes. It gives you plenty of feedback which inspires confidence, something we didn’t think a subcompact SUV was capable of. The only thing holding it back are the tires, which don’t provide enough grip to match the chassis’ abilities. We mean this in the best possible way, because the chassis is really that capable.
Prices begin at $21,800 for the base model, and go up for the higher trims as well as the all-wheel drive system. It’s one of the best subcompact SUVs currently on the market, and it should definitely be on your radar if you’re in the market for something like this. 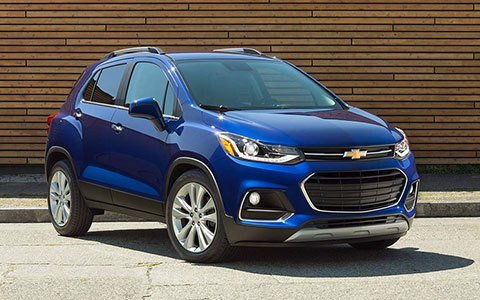 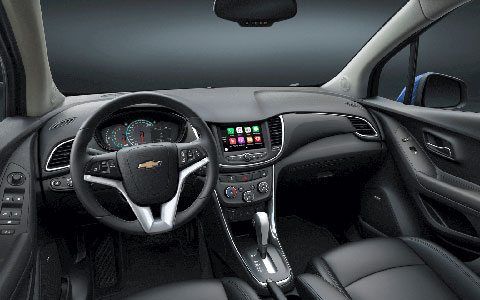