The first-gen GMC Terrain gained a lot of popularity over the years. Having debuted back in 2010, it’s been kept relevant throughout the years thanks to several major updates. GMC realized that after seven years in production it was starting to get stale, so they decided to completely rework it. The result is this: the 2018 GMC Terrain.

As mentioned, the Terrain has been completely refreshed with a facelift, so the exterior is all-new. The first thing you notice is how un-boxy the new SUV looks. The new vehicle features sharp lines and lots of creases, much like any other modern SUV. The front is dominated by a large grille with the GMC logo in the middle, though my favorite elements are the C-shaped LED daytime running lights.

The waistline moves up as you go further back, which gives off the illusion that the Terrain is larger than it actually is. It’s an SUV though, so nothing wrong with that. On the whole, it’s a well-thought-out design and one which can definitely compete with GMC’s modern-day rivals.

Inside the Terrain is a lot more spacious than any of its segment competitors. It’s got loads of head and legroom, with class-leading cargo space. The design of the center console and the dashboard is all-new too. The seats themselves are supportive but comfortable, so you can easily do a full day’s worth of driving and not get tired or worn-out. A really pleasant place to be in.

The base engine is a 1.5-liter four-cylinder with 170 horsepower and 203 lb-ft of torque. Power is sent to the front wheels via a nine-speed auto, which is quick and smooth. The optional 2.0-liter turbo four-cylinder produces 252 horsepower and 260 lb-ft of torque, and trims with this engine get bigger wheels and dual exhaust outlets. Last but not least, GMC offers the 1.6-liter diesel with 137 horsepower and 240 lb-ft of torque. And while It may not be as powerful as the other models, with that torque figure it will pull just as hard as the gasoline variants. It also returns a staggering 5.8L/100km on the highway.

The refreshed GMC Terrain is all-new, and it definitely shows in the way it looks, it drives, and by the way, it feels. Whether you want something spacious, technologically advanced or just all-around capable, very few things can match the 2018 Terrain, let alone surpass it. 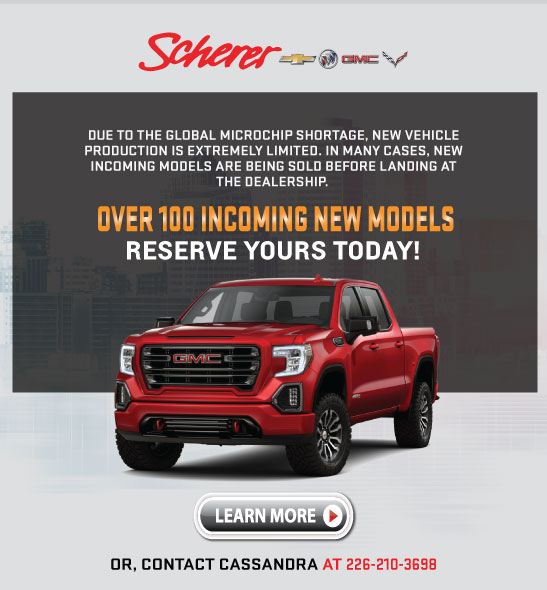